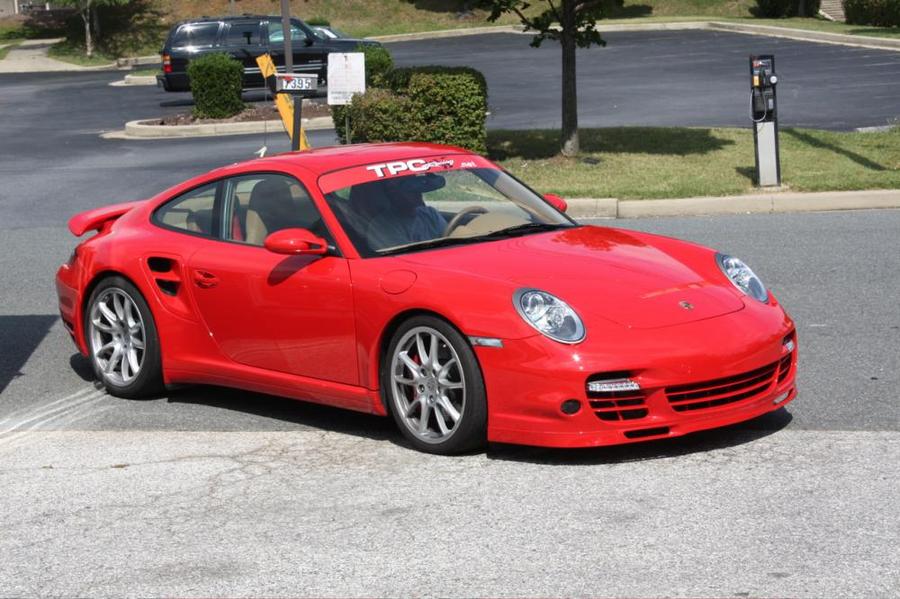 The fastest car I have ever driven is, without a doubt, the Switzer P800 variant of Porsche’s 911 GT2, as reviewed here. The folks at TPC have a roughly similar tuning package that retains the Porsche variable-geometry turbochargers, claimed to produce 775 horsepower and rather amusingly called the “775 Blitzkrieg”. This past September, I had the opportunity to take a ride with TPC’s founder Mike Levitas in the prototype Blitzkrieg. It’s awfully quick, if perhaps not quite as violently impressive as Switzer’s car. However, since TPC was unwilling to let us drive the Blitzkrieg, and since TTAC is unwilling to follow the lead of EVO, Top Gear, and pretty much every other print rag in the free world by writing-up a ride-along as a road test, that’s where we have to let the matter rest. It seems like a good car and if you have money to burn, give TPC a call to find out for yourself.

Luckily for us, TPC customer Joseph Lakowicz was on hand and he positively insisted that I drive his Meteor Grey 997 TT Tiptronic, tuned by TPC to produce approximately six hundred horsepower. Faced with this opportunity to pedal yet another ten-second car on the public roads, I did what any of TTAC’s readers would have done: I took the TPC Tip TT (that’s a mouthful) to visit my childhood home in Columbia, Maryland. I expected that we might be challenged at stoplights by machinery as diverse as the Toyota Highlander and Lexus RX350, and that we would smoke those mothers. This expectation was not entirely fulfilled, as you will see.

It’s been a while since I lived in the little house on Tower Top Court in Columbia’s Long Reach Village. In fact, it’s been more than twenty-six years. One might think that Porsche’s “PCM” navigation system would be capable of finding a three-decade-old home on the East Coast, but in the end Joe and I had to resort to using my BlackBerry’s Google Maps application. “I really don’t mess with the navigation… it doesn’t seem very good,” Joe opined, and he is correct. PCM is a mess and you could get better navigation in a twenty-grand Ford Fusion, or by selecting the very cheapest Garmin GPS at your local Best Buy.

Once the BlackBerry pointed us in the proper direction, however, we were able to head that way with nothing less than utter ferocity. This four-wheel-drive Turbo launches from a stoplight as if it were departing the USS Nimitz on the hook of a steam catapult. Like all pre-PDK 997 Turbos, this is a five-speed, torque-converter gearbox without launch control, so one merely steps on the brake and dials up about 2500 rpm. Releasing the brake will chirp all four corners, flash the traction light, and render the traffic on both sides invisible.

Given that the Tiptronic offers a dilatory, uncooperative sort of steering-wheel manual control, one might be tempted to make one’s own shifts during these stoplight blasts. My second attempt at doing so caused the grey Turbo to select neutral instead of second gear, forcing me to coast to the side of the road as the aforementioned Highlanders and RX350s cruised triumphantly by. Nothing short of restarting the car would permit it to select a forward gear again. It turns out that the 997Turbo is too smart to let you grenade the transmission with excessive force during a shift, surely a reassurance to anybody contemplating pumping-up their own Porsche with this kind of thrust. Best to leave it in “D” and enjoy a completely no-hassle trip into the ten-second zone.

After more than 24,000 satisfactory miles, Joe swears by the concept of the Tiptronic Turbo. I’m not so sure, but there is some massive satisfaction to be had from driving something so disturbingly quick and yet so completely tractable. In the stop-and-go traffic that characterizes Columbia’s main roads, the TPC tune is utterly unnoticeable. This Turbo is as friendly as a Camry while crawling at five miles per hour, and if the navigation is garbage, the hand-sewn cocoa leather dashboard is first-rate enough to soften the annoyance.

Let a hole in traffic appear, no matter how slight, and the big Porsche rips through it with a slurred downshift and a lag-free punch in the back. It is quiet, tractable, and faster than a 997 Cup Car in a straight line. This on-road supremacy is the fulfilled promise of the 1974 Turbo Carrera model, made reality after thirty-some years. Track junkies and back-road blasters will find more satisfaction in a GT3 or — whisper it — a Cayman S. The stock Turbo suffers from being a little slower than a GT-R or Z06, but TPC neatly rectifies this problem at a price considerably below what Porsche would charge.

I arrived at my childhood home to find it much smaller, and much humbler, than I remembered. A quick check of recent real estate sales, however, showed that it was worth more than four hundred grand. This Turbo is similarly deceptive. Subtle to a fault, easy to drive, it can still do the business like almost nothing else. The child in me likes it, as does the adult.

Get the full story here!

CLICK HERE for more info on the TPCRacing 775Blitzkrieg

TTAC Review: Porsche Cayman S Turbo by TPC As a child, I owned something called the Lego “Expert Builder Car”. It... read more

Autoblog Review: The TPCRacing Cayman Turbo When Porsche introduced the Cayman in 2006, one thing was abundantly clear: Porsche had muzzled its midship coupe... read more