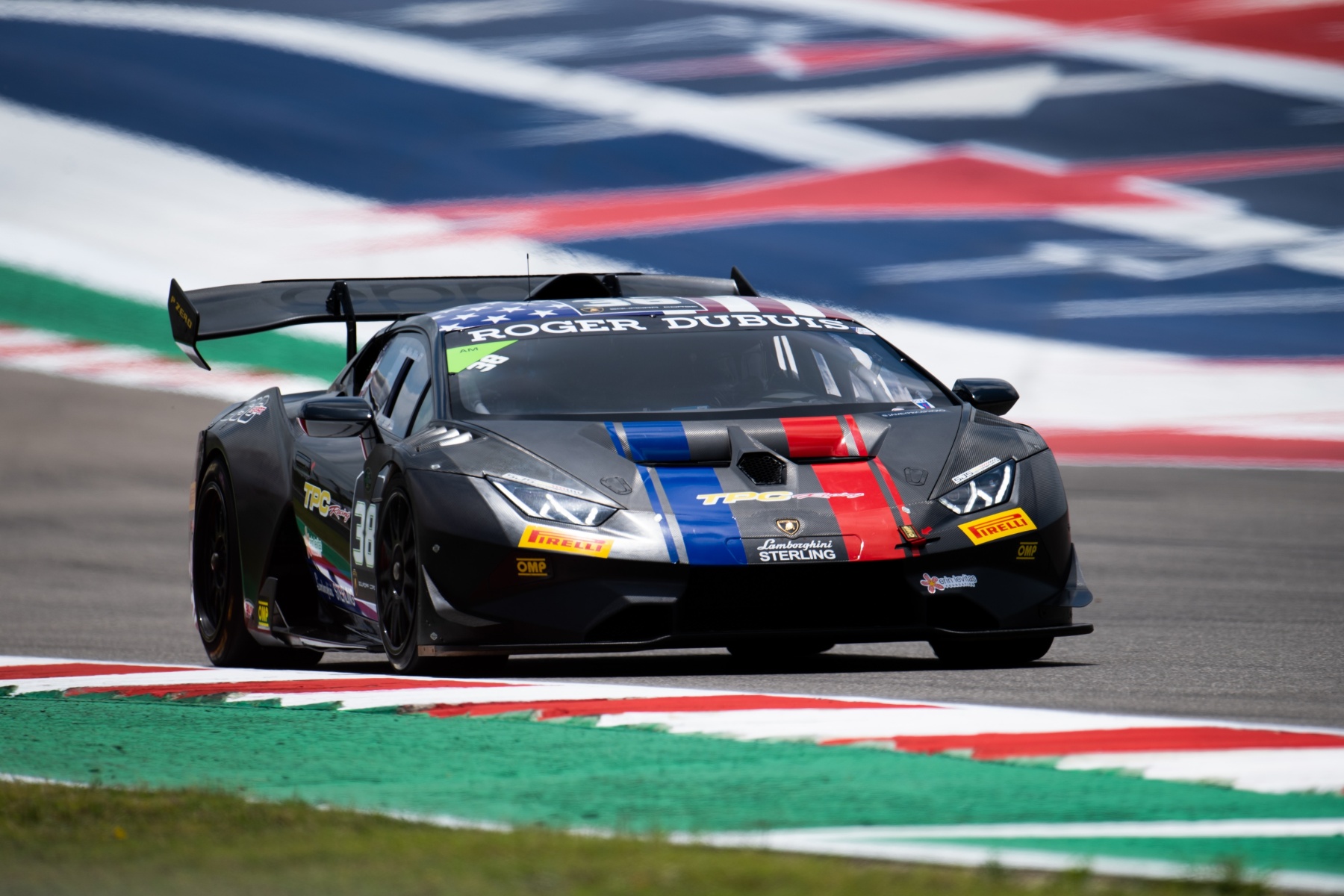 AUSTIN, Texas (May 23, 2021) – TPC Racing drivers Scott Schmidt and Trevor Andrusko co-drove to a challenging pair of top-five finishes this weekend in the IMSA Lamborghini Super Trofeo Am class at Circuit of the Americas.

The Lamborghini Super Trofeo season opener, run in conjunction with the NASCAR race at the Austin, Texas track, was a mix of weather throughout the weekend. Saturday’s race was hot and dry, while the rain on Sunday began on the pace lap with the entire field on Pirelli dry tires.

“Our TPC Racing/Lamborghini Sterling Super Trofeo car was absolutely wonderful,” Harris Levitas, TPC Racing Director of Operations, said. “We had a great car right out of the box, and the TPC Racing guys have just done a fantastic job preparing it for this event. Trevor and Scott did a great job all weekend. Trevor qualified the car on pole in the rain by just over two seconds over P2 in class. In race one, Trevor led pretty much his entire stint.”

Unfortunately, an electrical gremlin in the No. 38 Lamborghini Sterling/Erin Levitas Foundation Lamborghini Huracan Super Trofeo Evo reared its ugly head in both races and kept TPC Racing from advancing any higher up the standings.

“We have an electrical gremlin that we’re chasing,” Levitas said. “On Saturday we lost power steering and we pitted off of our strategy by just a little bit. Scott got in the car and ended up P5 in the class. It was a similar issue on Sunday but cost us the ABS and other driver aids as well so we came in just a couple of laps early in the interest of safety. We’ll get to the bottom of that in time for VIR and be ready to go again. Overall, we got back into the season with a couple of strong finishes and something to build on.” 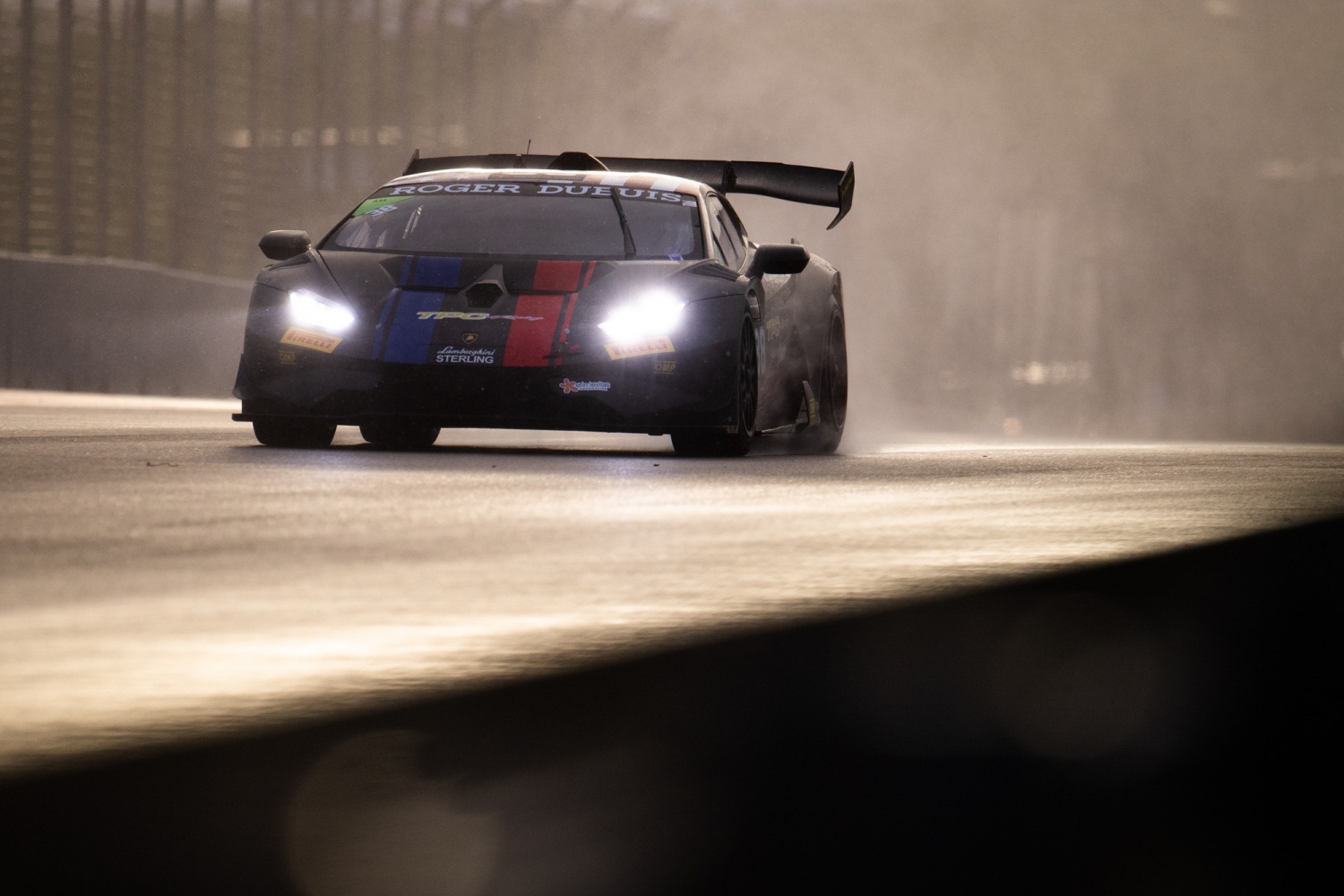 Andrusko opened Saturday’s race on the class pole and led the first 28 minutes, though during that stint the issue eliminated the power steering, costing some time and the lead just before the mandatory pit stop and driver change.

“The testing that we did in the offseason is finally starting to show,” Andrusko said. “We’re getting closer to where we need to be with pace between Scott and myself as an average. We’re starting to learn some things that are keeping us in the hunt, which is good. We made a throw-the-dice call this morning that worked out for us as far as overall top-end speed. Lamborghini support has been absolutely phenomenal. The TPC crew guys have been awesome chasing what we can at the track. Overall, I think we’ll just build on this. We got points this weekend and we’ll build on that.”

Schmidt had qualified seventh in class for Sunday’s race and quickly advanced to fifth on the opening lap, driving on slick tires and in damp conditions. Following the driver change, Andrusko was able to climb another position to fourth in class but dropped a spot through the technical difficulties.

“I think we have made some adjustments and changes through coaching that have made me faster and more aware, and it’s paying off,” Schmidt said. “We’re going to be competitive this year, we just got a bad break in the electrical. Hopefully they can get it back to the shop, get it repaired, find the gremlin and we’ll be ready to go again.” 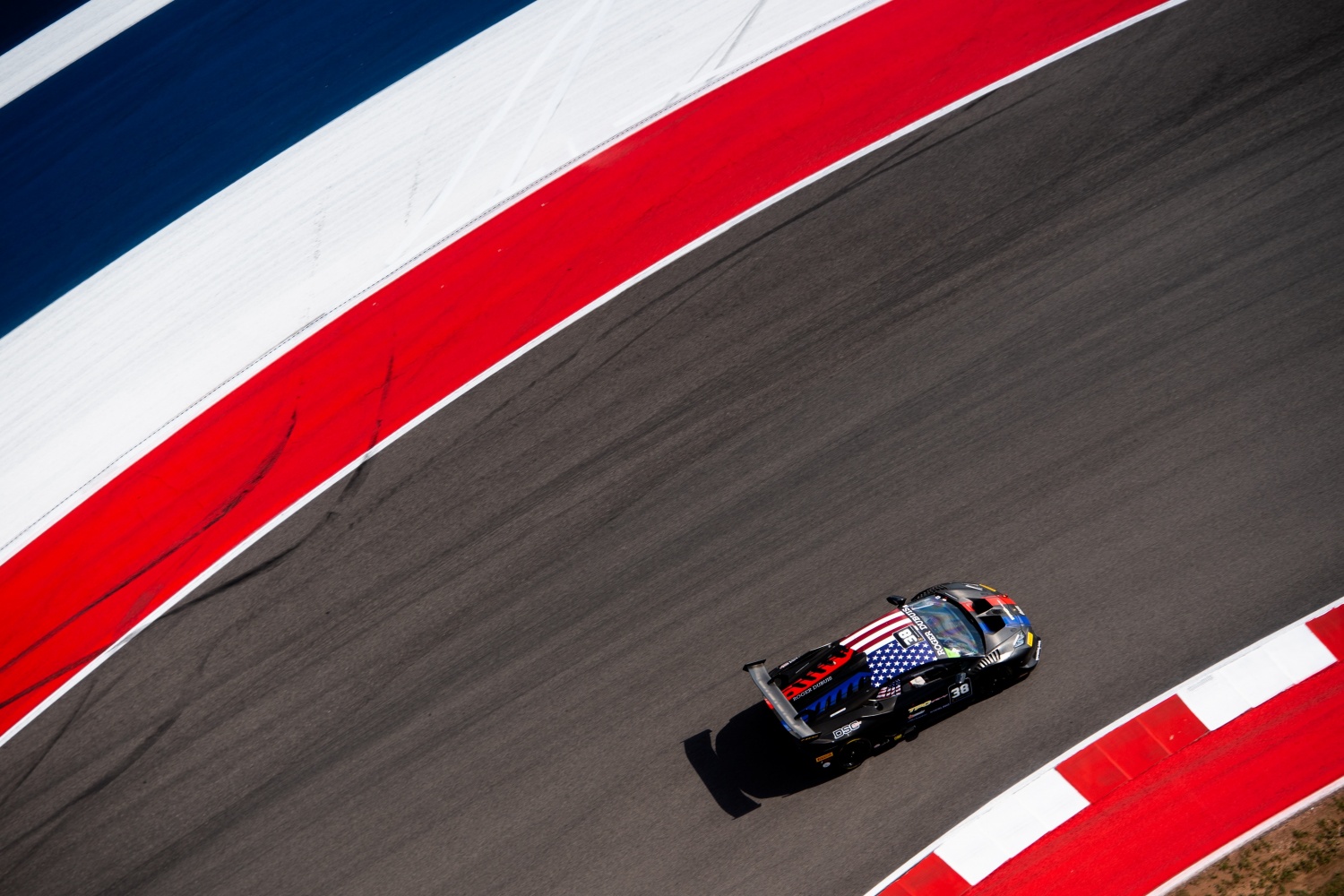