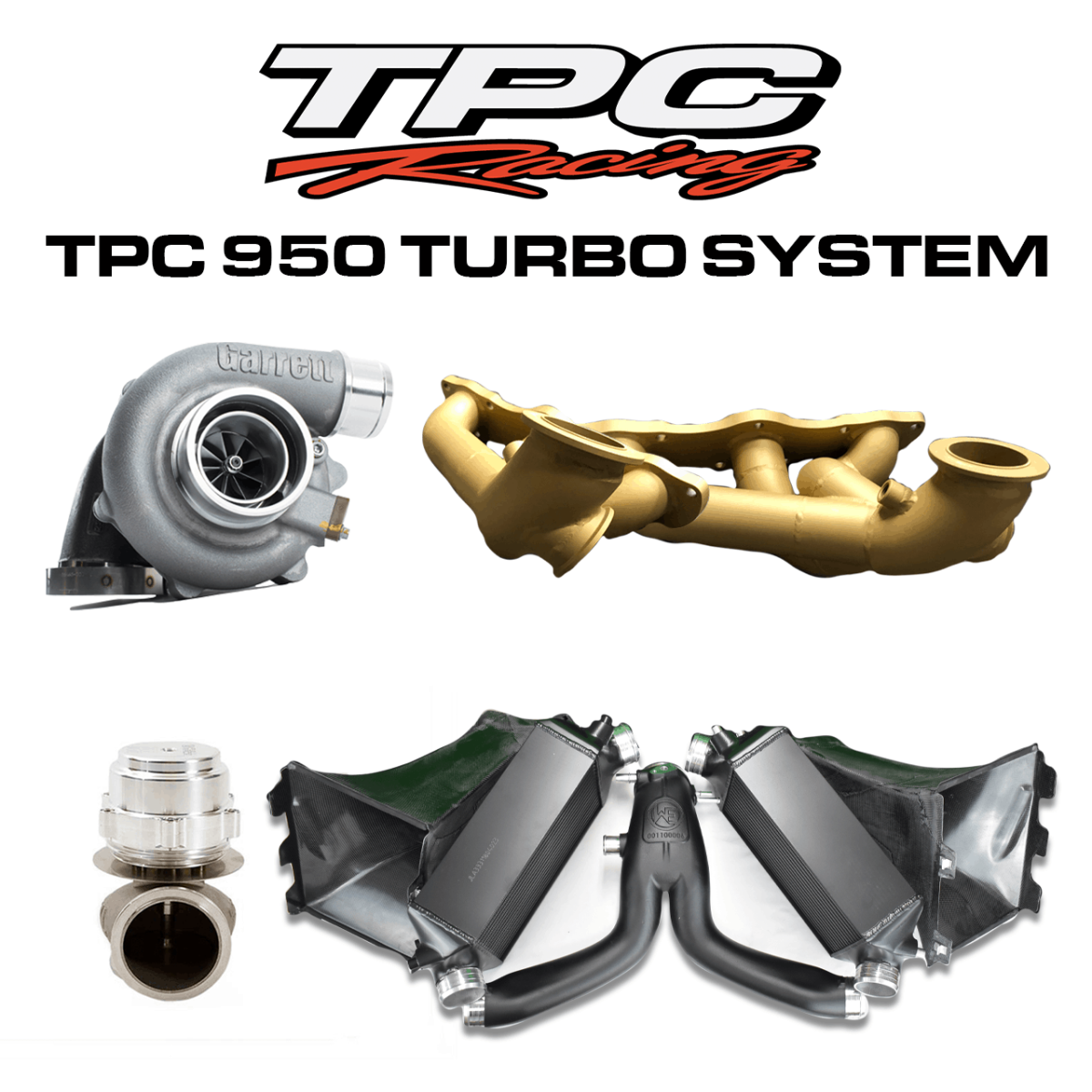 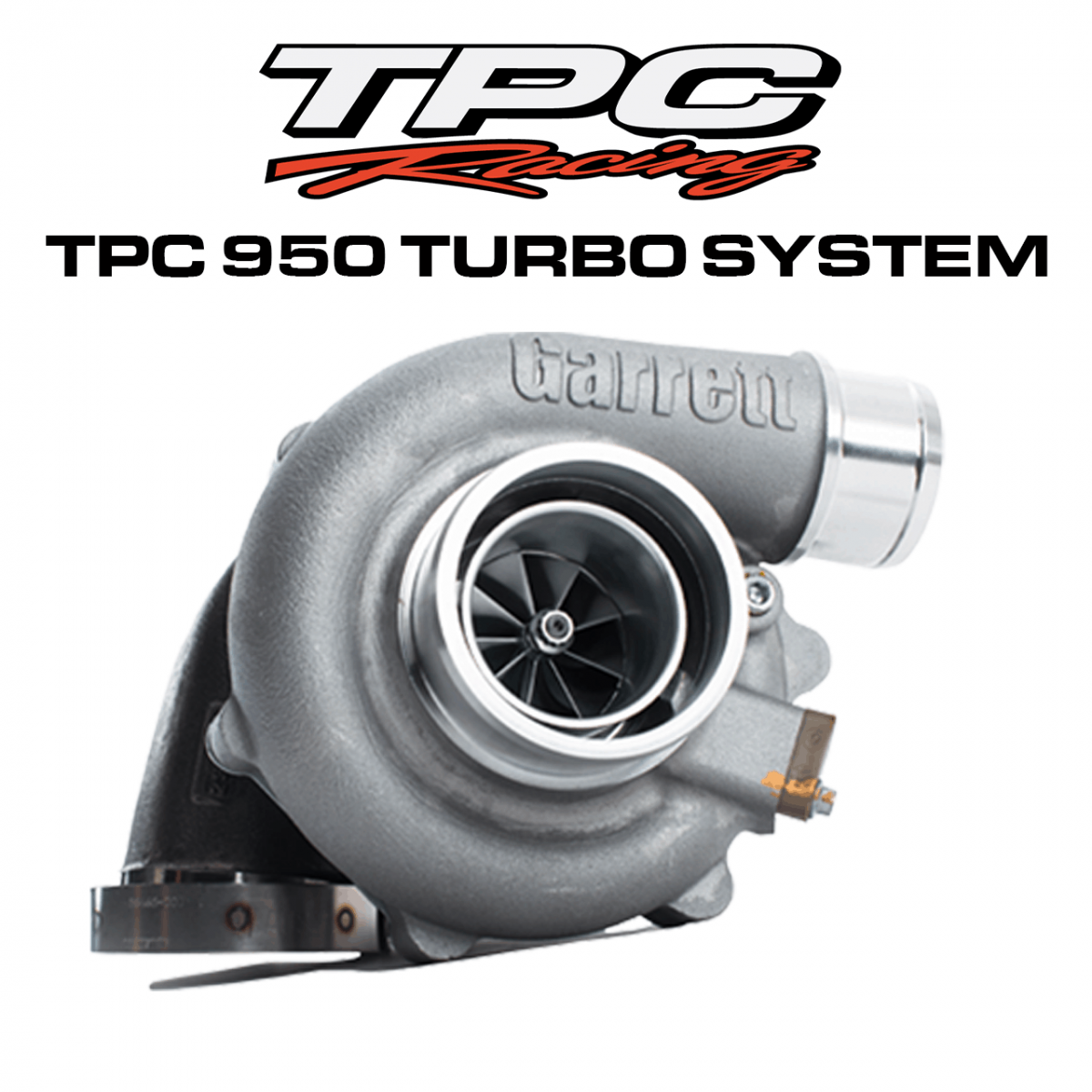 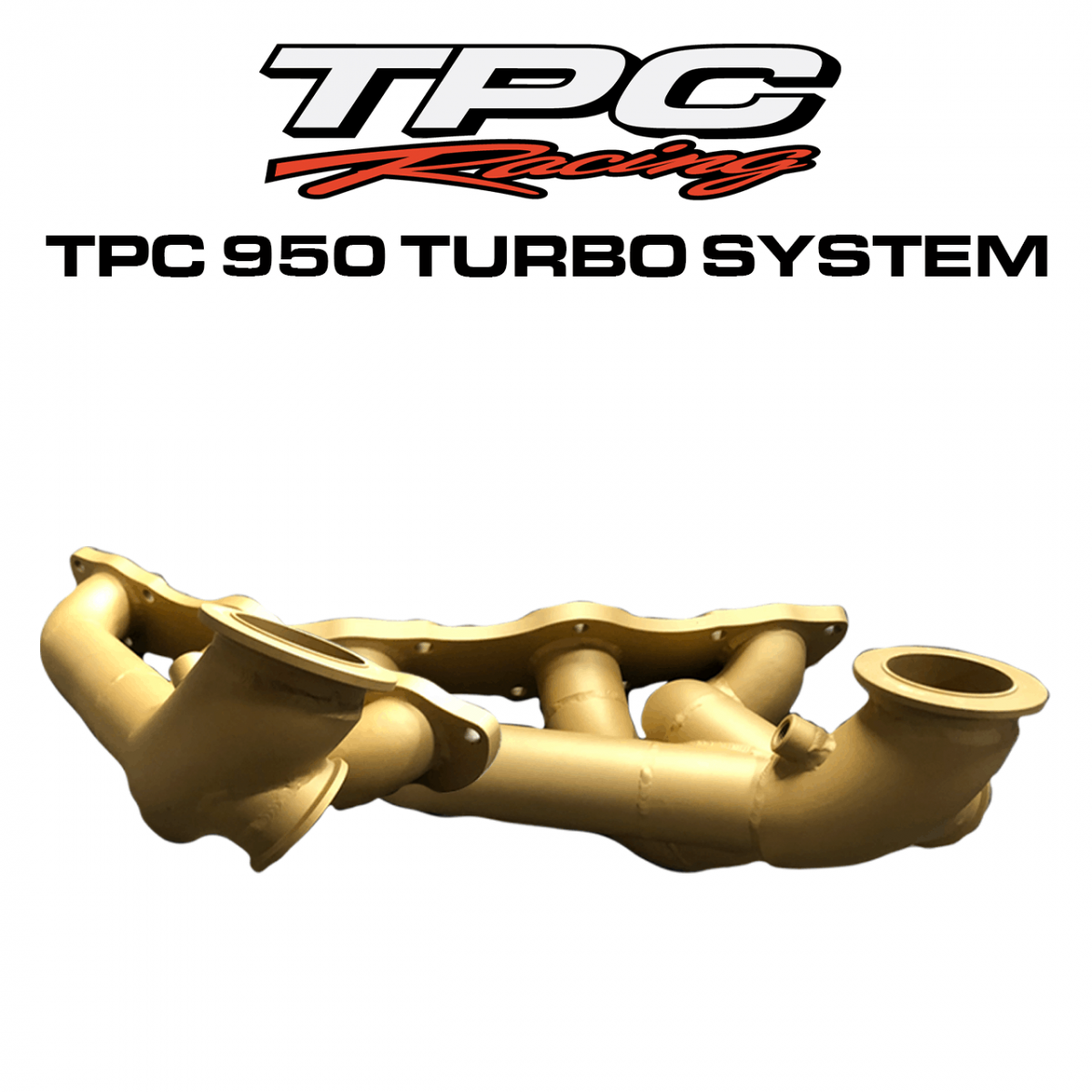 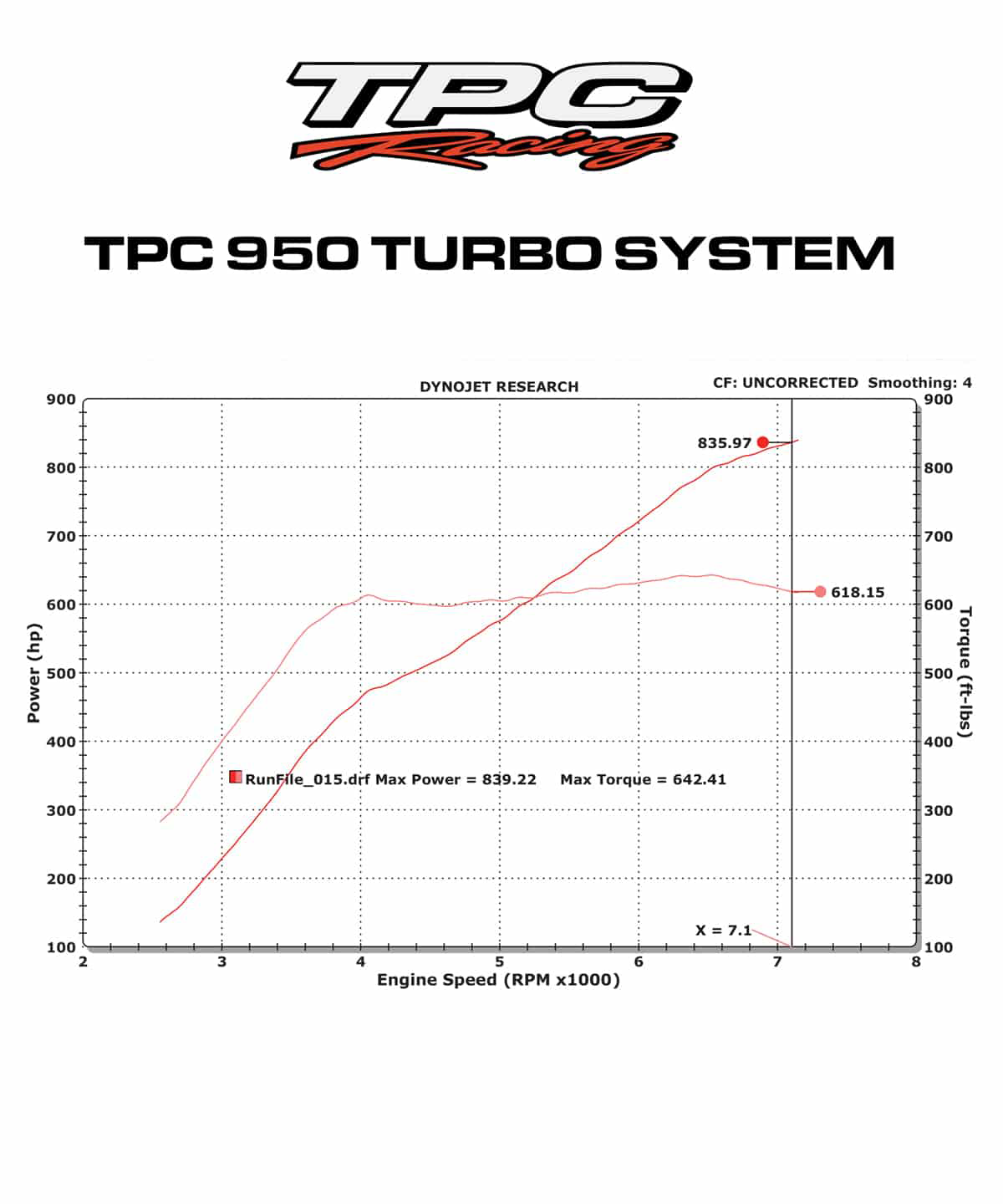 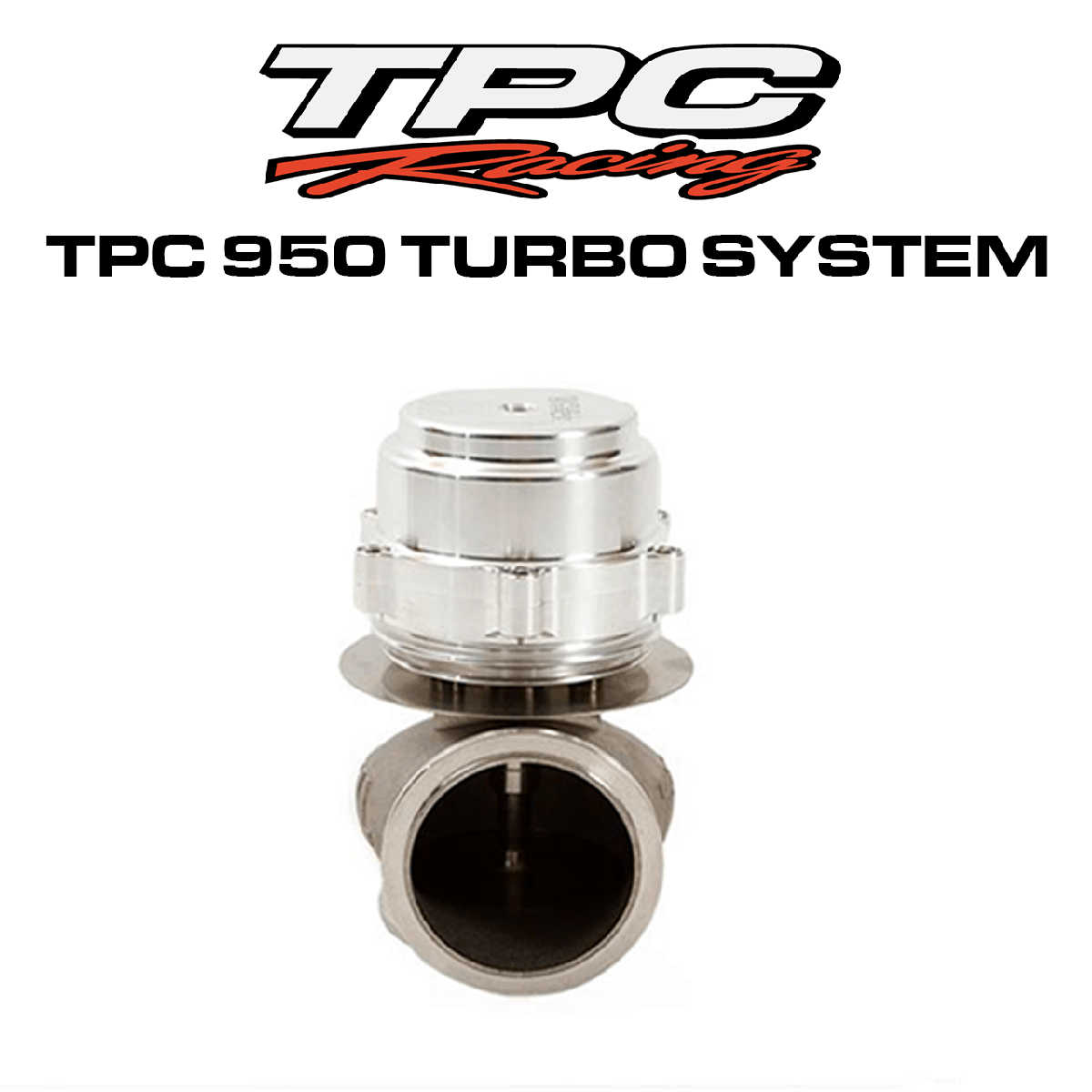 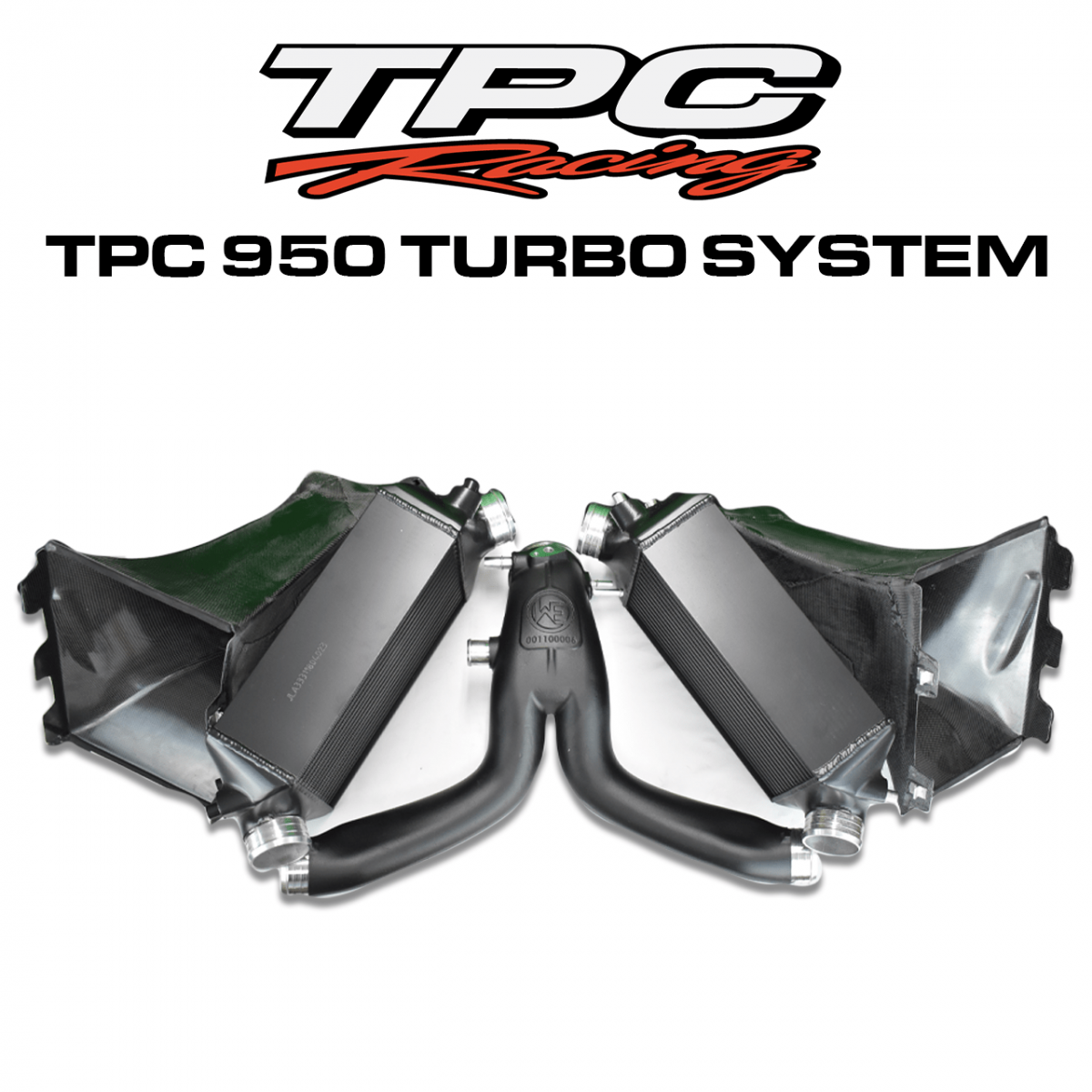 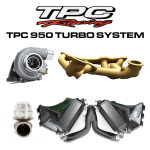 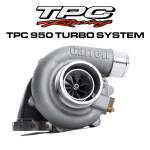 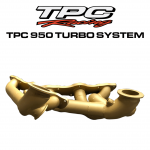 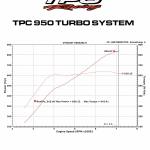 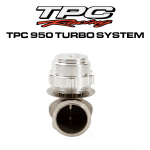 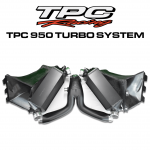 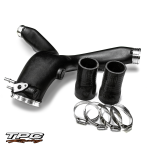 The TPC 1000  turbo system  is the ultimate in proven reliability upgrade for your Porsche 991/GT2  Porsche. Whats included 304 stainless headers w/CNC flanges  and wastegate plumbing, Garrett G series turbos, Tial Wastegates, Complete oil / water hydraulic lines and fittings,  CNC exhaust discharge adapters to allow use of original exhaust. The TPC 1000 turbo system is designed to be used on a stock engine with no modifications. The TPC 1000 Turbo system is tuned and designed exclusively to be used in conjunction with  TPC intercooler system / Y pipe,  TPC dual path GT2 exhaust and Cobb AP (NOT INCLUDED IN TURBO SYSTEM TO BE PURCHASED SEPARATELY)  .Our TPC Turbo system has  proven reliability in racing applications as used on our Optima Battery Search for the Ultimate Street Car GT2RSx and the OFFICIAL LAND SPEED RECORD FOR A PORSCHE  991 TURBO. The heart of the TPC 1000 system is based on the latest in turbo technology featuring the new “G” series Garrett Turbo family. The new G series features the most modern turbine section allowing ridiculous performance with no compromise to the torque curve (Note the torque curve in the graph above) this is what wins races. The compressor section features a 54 mm inducer which allows 55 lb/hr @ 2.5 pressure ratio @ 72% eff .  We have designed the system for use with the stock engine and have tuned the power band at modest manifold pressures not allowing torque to go over 600 ft/lb until after 4800 rpm peak torque is at 6400 rpm peake  HP is at the last RPM site as per a proper race engine. Suggested options for the TPC 1000 system is the Plex tuning boost controller, Dodson clutch, DSC Sport controller for added grip.

This turbo system comes complete with the following:

You've just added this product to the cart: